You would like learn more about possible career options for students of Political Science, Psychology, or Sociology? You are looking for a suitable position to complete your (mandatory) internship or to start your first job? Here you will find a list of possible career options and a selection of testimonials of former students reporting on their experiences during an internship or working as a student assistant. Tip: The Alumni section on our LinkedIn page also gives you an excellent overview of different career options. It tells you where our graduates are currently working and allows you to contact them (you can filter by department using the keyword search).

If you want to intern with the editorial department of the ZDF, a major German TV broadcaster, you need to apply a minimum of six months in advance, at least according to my personal experience. In January and February 2016, I had the opportunity to observe the editors at the ZDF’s regional studio in Kiel as they were going about their daily activities. During the six weeks of my internship, which were incredibly intense, I learned a lot: From conducting research and shooting and cutting a “film” to adding sound and making the final touches, I watched the entire filmmaking process from the beginning to the end and was even allowed to contribute to it myself. My recommendation: Be curious and ask a lot of questions! During my time as an intern, I paid attention to every little detail – and it paid off. When my internship was over, I had made two TV clips myself and left the ZDF with a letter of recommendation. I ended up staying in northern Germany. Since March 2016, I have been working as a freelance radio reporter and news anchor at the NDR studio in Flensburg. Journalism is my true passion and I have fallen in love with the region and the people “up north”. But without my internship at the ZDF and my bachelor’s degree from the University of Mannheim, I would probably never have made it that far. 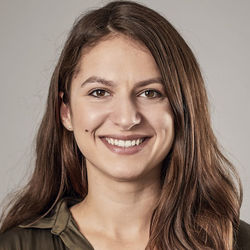 For my mandatory internship, which forms part of the bachelor’s program in Political Science, I went to Prishtina, Kosovo, where I worked in the foreign office of the Friedrich-Ebert-Stiftung. Being introduced to a political foundation’s international activities and to the local NGOs and political institutions the Friedrich-Ebert-Stiftung cooperates with to provide a broad range of political education opportunities was particularly interesting. My assignments included the preparation of events and seminars, and I was also allowed to contribute to publications. Thanks to this internship, I can imagine working in the foundation sector in the future, which I am very grateful for.

Almire Brahimi, internship at the Friedrich-Ebert-Stiftung in Prishtina / Private photo 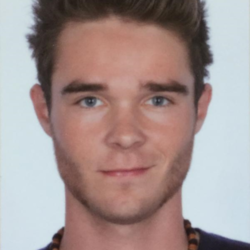 The Department of Psychosomatic Medicine at the Central Institute of Mental Health (ZI) in Mannheim has a research mandate. My duties included drawing up and analyzing psychometric questionnaires, keeping the literature database up to date, and working on the infrastructure of various studies. If you are a psychology student in Mannheim, this job is ideal because it overlaps with your studies on a number of occasions. You can particularly benefit from putting into practice what you have learned on your program or by observing theoretical phenomena in the real world. During my time at the ZI, I was able to observe, reflect on and evaluate continuous changes over several months, which is almost like conducting a longitudinal study. This is a clear advantage of working as a student assistant as opposed to completing a regular internship which only lasts between six to twelve weeks and therefore rarely provides such an opportunity. In addition, I had excellent supervisors, friendly colleagues, and flexible work schedules and always felt like my work was genuinely appreciated. 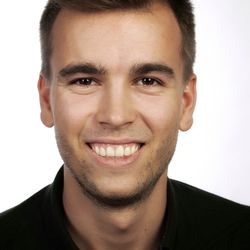 At the German embassy in Tallinn, I gained profound insights into an upper medium and higher level civil servant’s work in the Federal Foreign Office. I was treated as part of the team from day one and drafted speeches and reports, contributed to the embassy’s web and social media presence, and engaged in general research-related or administrative tasks. My assignments outside the embassy were even more thrilling, though. Shortly before Estonia took over the presidency of the Council of the European Union, I attended meetings at Estonian institutions, assisted during evening events at the residence of the German Ambassador, and accompanied German delegations which had come to Estonia to learn more about its pioneering role in digitalization. Being a diplomatic service intern comes with a variety of exciting tasks and duties. I can therefore only recommend students to intern with a German mission abroad, particularly in Estonia. 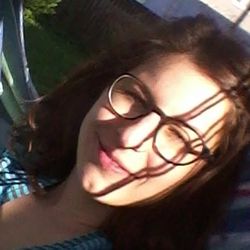 What is it that drives a sociologist and lawyer? Evaluation! Working in the area of evaluation provides sociologists with the exciting opportunity to put their methodical skills into practice. When I interned with the Max Planck Foundation for International Peace and the Rule of Law during my bachelor’s program, I developed an evaluation strategy for projects carried out by the foundation that focus on promoting the rule of law in (post) conflict countries. Guided by its core values, neutrality, independence, and local self-reliance, the foundation acts according to its firm belief that sustainable peace and stability can be achieved by establishing a functioning system based on the rule of law. During my internship at the foundation, I carried out interdisciplinary tasks in an international environment – a very rewarding experience. I have been working in the field of evaluation ever since, first as a student assistant and now as a project management assistant, which means that I deal with varied and challenging topics every day, such as the question of how to measure the rule of law.

Miriam Gohl, internship at the Max Planck Foundation for International Peace and the Rule of Law / Private photo 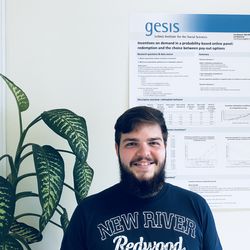 Working as a student assistant in the GESIS Panel allowed me to apply and enhance my knowledge of quantitative survey research and statistical analysis in a real-world setting. I was able to draw on the methodical skills I acquired during my bachelor’s program in Sociology at the University of Mannheim when working on the GESIS Panel data, for example. Furthermore, I was able to build on my STATA and R skills. As part of my job, I also provided the members of the GESIS Panel with general support in running scientific surveys. By helping to conduct reviews and to revise internal and external studies by the GESIS Panel, I gained profound insights into questionnaire development, which is a great asset. As working hand in hand with the other members of the GESIS Panel team was an integral part of the job, I became an even better team player and learned about new approaches in survey research and data analysis. Since I have decided to stay at the University of Mannheim to pursue a master’s degree in Sociology, I plan to continue putting the knowledge I acquire on the program to good use and gain more practical experience in research.

The Internship Office pools vacant external and internal internship and student assistant positions for students at the School of Social Sciences.

Tips for Finding an Internship

Are you looking for open internship positions at international organizations, the EU, and the German Chambers of Commerce Abroad? Find out about external job boards where you can find vacancies in Germany and abroad.

Students are welcome to contact the Internship Office if they have any questions on the mandatory internship, internships abroad, or their application documents. We also invite employers to send us any open internship positions at their company or institution. 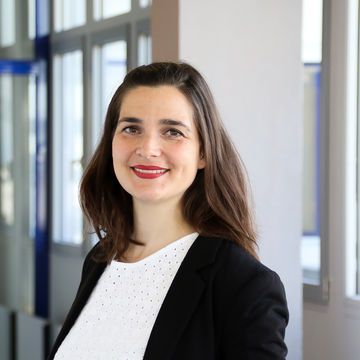 Internship Manager
University of Mannheim
School of Social Sciences
A 5, 6
A5,6 Building A – Room A 414
68159 Mannheim
Phone: +49 621 181–1982
Fax: +49 621 181–1997
E-mail: gesine.goetze uni-mannheim.de
Consultation hour(s):
Office hour via telephone:
Monday&Wednesday, 10 – 12 am;
No Office Hour on February 20th & 22nd.
The next office hours will take place on:
30 January; 01/ 06/ 08 February.
Counselling can take place via Zoom,
please make an appointment.
Office hours:
Please contact me via e–mail or use the consultation via telephone on Wednesdays. Your examination papers and internship reports can be send by mail or put in the letter box in L1,1.
Photo credit: Elisa Berdica
In order to improve performance and enhance the user experience for the visitors to our website, we use cookies and store anonymous usage data. For more information please read our privacy policy.
Allow
Reject