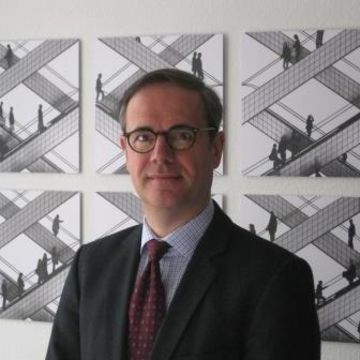 Since January 2022, Professor Bernhard Ebbinghaus leads the Chair for Macrosociology at the University of Mannheim, which he had previously held from 2004 to 2016. On leave from 2017 until 2021, he was Professor for Social Policy at the University of Oxford, Head of the Department of Social Policy and Intervention and Senior Research Fellow, Green Templeton College, Oxford.

Since November 2021 Professor Ebbinghaus is member of the European Commission’s High-Level Group on the future of social protection and of the welfare state in the EU.

Professor Ebbinghaus holds the Chair in Macrosociology at the School of Social Sciences of the University of Mannheim since 2022, he held it previoulsy from 2004 until 2016. In Mannheim, he was Head of Department A (2005-2008 and 2015) and  Director (2008-2011) of the Mannheim Centre of European Social Research (MZES), where he led several research projects. Since 2010, he has been (co)-PI in the Project “Welfare States Reform from Below” (A6) at the collaborative research centre Political Economy of Reform (SFB 884).

From 2006 to 2009 he was  Academic Director of the Center for Doctoral Studies in Social & Behavioral Sciences (CDSS) of the Graduate School of Economic and Social Sciences (GESS). Most recently he was Guest Professor at the University of Luxembourg (2013-2016), Mercator Fellow (2018-22) at SFB884 University of Mannheim, and OxPo Visiting Professor at CES, Sciences Po, Paris (9/2021).