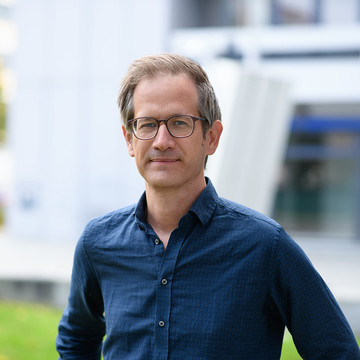 Photo credit: Tristan Vostry
Chair of Sociology with a Specialization in the Areas of Migration and Integration
University of Mannheim
School of Social Sciences
A 5, 6 Bauteil B – Raum 101
68159 Mannheim
Phone: +49-621-181-3391
E-mail: helbling uni-mannheim.de
Web: www.marc-helbling.ch
Consultation hour(s):
by appointment

Marc Helbling is full professor at the Department of Sociology and the Mannheim Centre for European Social Research (MZES) at the University of Mannheim. Previously, he was a full professor at the Department of Political Science at the University of Bamberg and head of the Emmy-Noether research group ‘Immigration Policies in Comparison’ (IMPIC) at WZB Berlin Social Science Center. He is currently an associate editor of the International Migration Review and the Journal of Ethnic and Migration Studies.

He works on immigration and citizenship policies, xenophobia/islamophobia, populist and extremist attitudes, causes of migration and integration of migrants. His work has appeared in sociology journals (e.g., European Sociological Review, Social Forces) in political science journals (e.g., British Journal of Political Science, Comparative Political Studies, European Journal of Political Research) and migration journals (e.g., International Migration Review, Journal of Ethnic and Migration Studies). He has edited a volume on 'Islamophobia in the West' (Routledge) and co-authored a book on 'Political Conflict in Western Europe' (Cambridge UP).